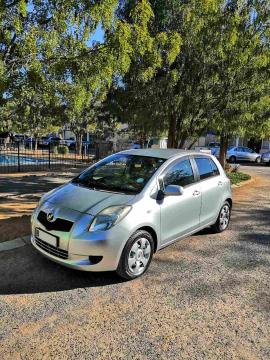 Toyota Vitz
30000
Cars in other countries

Subaru is Japanese car manufacturer that had been established in 1956 as a branch of Fuji Heavy Industries group, which has been producing jet aircrafts. In 1958 was born the first Subaru vehicle - Subaru 360 model that been designed from the ground up. Subaru 360 was designed for four people, had two doors, and packaged with 2-cylinder 2-stroke engine with 20 horsepower. In 1960, there was a model from Subaru - Maja, which came with the 23 hp engine. Later in 1965 the company developed a completely new car - Subaru 1000, which become the first Japanese car with front-wheel drive traction. In 1971, for 23 years goes on sale Subaru Leone.In September 1972 Subaru Leone has got four-wheel Station Wagon-wheel drive. From this moment, 4WD drive was not only for off-road vehicles, but also for passenger cars. Station Wagon Subaru Leone 4WD took the lead of passenger cars with all-wheel drive sales. In the same year was born Subaru REX, become popular because of a comfortable ride by the light off-road. In 1977 another model went on sale - Subaru Brat - normal Single-Cab Pick-Up. Economic engine and capable of off-road use made Subaru Brat very popular among the youth of North America.In 1985, the world the world got to know new car - Subaru Alcyone, which got name of the bright star in the Pleiades constellation. In the USA, this car is known as the Subaru XT. In November 1992 wan born model with sporty features - Subaru Impreza. In Feb. 1997 the Forester debuted in the automotive market, combining in himself sports and passengers car advantages. Subaru Forester is the most popular model of Subaru in Botswana. In 2002 Subaru Baja coming off the assembly line. In 2003, has been formulated Subaru ideals: intelligence and sensitivity. It means that Subaru aims to create high-quality cars, with excellent security, harmonious with the environment and delivers the driver and passengers enjoy the ride. Subaru in Botswana sold by Subaru Gaborone car dealer in Broadhurst Industrial. You can see as Botswana Police/Traffic Control use Subaru STI cars in Gaborone because it's fast and reliable that meets the basic requirements of Botswana Police.