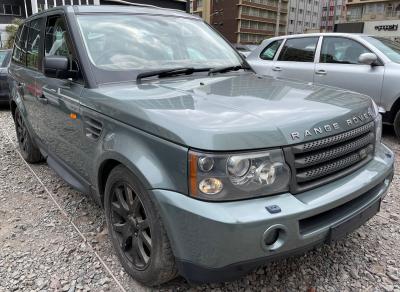 Land Rover is a famous British car company that specializes in the production of off-road vehicles, which are considered the most prestigious off-road vehicles in the world. For today this brand is part of the Jaguar Land Rover and is owned by developing Indian company Tata Motors. In 1948 was released first car Land Rover. Over time, the model has undergone several upgrades, later received the name Defender. Defender exactly provided the basis for the unique positioning of Land Rover as a company that produces the best SUV in the world. In 1970 the public was introduced new model - Range Rover. This SUV opened a new chapter in the annals of all-wheel drive car. During the 1970's and 80's continued evolution of Land Rover and Range Rover. And the participation of models in the famous Paris-Dakar rally brought them a worldwide recognition. In 1989, at the Frankfurt Motor Show was represented legendary model Discovery. The car has received a solid frame construction, disc brakes and a 3.5-liter V-shaped eight-cylinder engine, which was soon replaced by a 3.9-liter 182-horsepower engine. In 1997 was released a fundamentally new compact car Freelander. Its release was a significant event for the company. In the construction of Freelander Land Rover first time moved away from classical configuration of units and uses the front transverse engine, bearing body and independent suspension on all wheels. In 2005, Range Rover car was updated, and receive the prefix Sport. In its dynamic parameters it became the best car of this brand. Range Rover Sport has taken place in the class of «sport tourer», thus it became the car which was fast on pavement and off-road there where pavement ended. One of the latest innovations of the brand is the compact SUV Range Rover Evoque, which easily demonstrates the high quality execution, luxury interior and impressive technical details which at this time are presented in a more compact design. Discovery and Defender models are very popular among farmers, they are used as police and fire vehicles. During its history, the company has won one more honorary title: Queen of England chose Land Rover as official supplier cars for the royal court. Today, Land Rover is a single company which manufactured cars only with constant-drive 4x4. Three quarters of all cars ever produced Land Rover is still in operation.