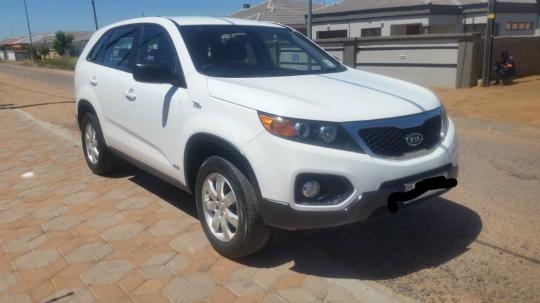 Corporation Kia is the oldest Korean automobile manufacturer. The company «KIA» was founded in 1944. Name Kia comes from the Chinese word "ki" which means "rising" and "a" - "Asia". Hence, the name Kia can be translated - "who came from the East," or "come from Asia." The first products of this company were bikes, which sold under the brand name Samcholli-Ho. In 1961, the company organizes assembly production of motorcycle C-100, which became the first Korean motorized vehicle. Early next year, Kia began production three-wheel truck K360. In 1973, Kia has released the first gasoline engine in Korea, and in October of 1974 - the first Korean passenger car Brisa. Soon, this model was introduced in the Middle East. Brisa is the first to export-oriented Korean car. In 1979, for the first time in Korea, Kia has set its model diesel engine. But soon the well-being of the company sharply deteriorated, and in the early 80's the company was in a deep financial crisis. To get out of such a difficult situation, all the power management of the company has been thrown on the production of low-cost cars. In 1987, came to light model subcompact Pride (Festiva). The heyday activity of the company falls on the 90s: produce new models, which received international recognition, and open new large plants in Korea, Japan, USA. 1993 - Start of production of the most successful and unrepeatable Jeep KIA Sportage. Since 1995, released Kia Clarus (Credos / Parktown) with a streamlined hull and a low coefficient of aerodynamic resistance, created on the basis Mazda 626. At present time model range of Kia submitted to minivans Carnival and Carens, powerful SUV Sorento and Sportage, executive class cars Magentis and Opirus, and economy class cars Spectra, Rio, Picanto, Cerato. At the beginning of the new century, the United States, National Highway and Traffic Safety Agency awarded KIA Sephia the title of "the safest car in the industry." Today in more than 170 countries are sold model of KIA.